Hiria Beats Depression With Self Care

I’ve suffered from depression since a very young age. I can’t put my finger on a specific age but there were symptoms from as young as ten. If that’s even possible right?

You see, I had some very ‘bad things’ happen to me when I was three and this continued in different situations right up till I was about sixteen. When I was eleven I lost my mother to lung cancer too. I remember crying my heart out and then on the day of the funeral I was dried up. And after that I had this deep seated hatred inside of me.

The hatred turned into self harming

For me, the hatred was so strong that it drove me to harm myself. It started with cutting but as I got a little older, I began making really bad decisions, drinking and sleeping around.

I remember shifting away from my little rural town, where I grew up, to a bigger town and experiencing racism for the first time. I felt so ugly, different, and I got bullied. I was bullied a lot through high school!

When I was sixteen I got pregnant and moved to Australia to live with the father. This is when I really noticed something was wrong.

My behaviour got worse

I had no coping skills what-so-ever to deal with how I was feeling. I remember having really bad arguments, and fights, with my partner. I felt ugly and worthless. My behaviour got worse.

When my son was three and a half I moved back to New Zealand. I was only 21 at the time. I left my son with his dad in Australia and told myself it was the best thing. But it ate away at me.

For the next couple of years I just drank my worries and my consciousness away. And slept around some more. 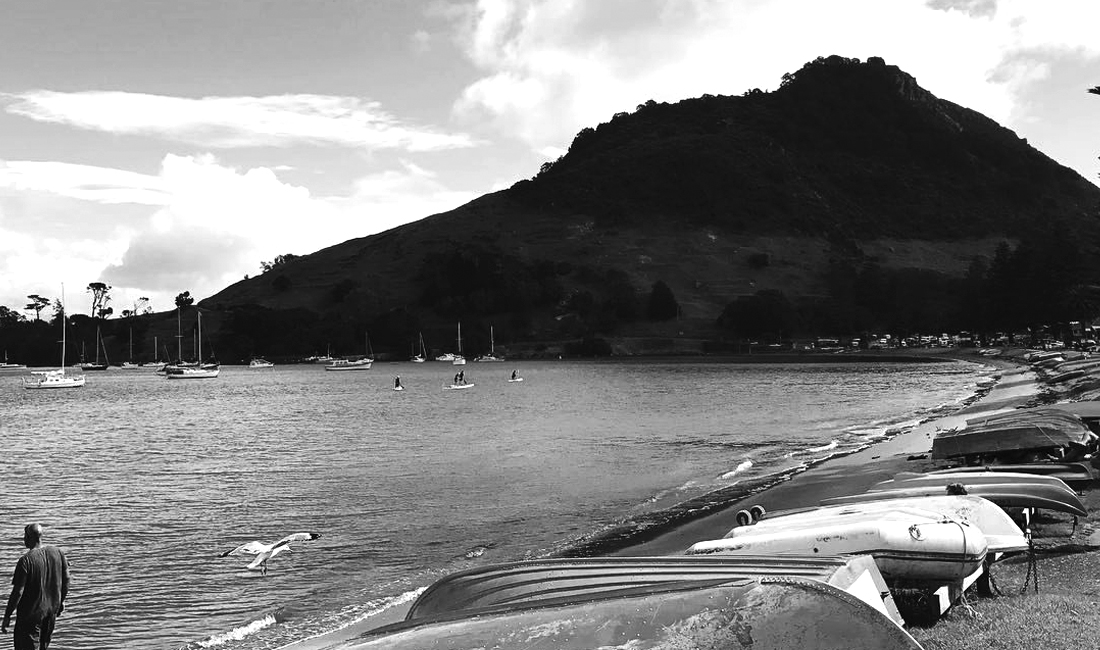 Eventually I moved to Tauranga and enrolled into a course which was the best thing I could have done. But my depression was still bad and I had a hard time loving and accepting myself. I always felt like I was on the outside and one of the ugly girls.

I also had a history of attracting bad men into my life until I met my current partner.

However, my depression grew

I had been suicidal before I met my partner but it got worse. I remember the Police being called out once and it just made me feel worse and guilty for the shame I had brought on my partner.

The symptoms for me would have to be waking up in the morning and feeling numb . . . like I would actually go to bed at night and not want to wake up the next morning. I struggled to get out of bed – which is weird because I was training pretty hard as a NZ Rep for TKD.

Sometimes I would stay in bed till after 1-2pm, and not get out of my pjs at all. I knew this would make me feel worse but I just couldn’t bring myself to do anything about it.

My head was so full of negative mind chatter. That voice telling me over and over how useless and ugly I was, and that no one would care if I was to disappear, and that it would actually be better for everyone if I did because I caused so much sorrow and tension around me.

The majority of my daily thoughts were all negative

I would put on a ‘mask’ to go outside and do my work or whatever I needed to do. I started withdrawing from society, closing myself up in my room. I had to black-out the room with curtains because of my migraines. I used to get migraines so often it was unreal. I went to the doctor so many times to see what was wrong and nothing!

I’ve had many close calls where my husband has actually had to physically hold me down because I was harming myself.

He has broken down the bathroom door to get in and stop me from taking pills. It’s crazy when I think back to feeling like that. I have no attachment to it now.

It often got worse when I was pregnant, especially with my last two children 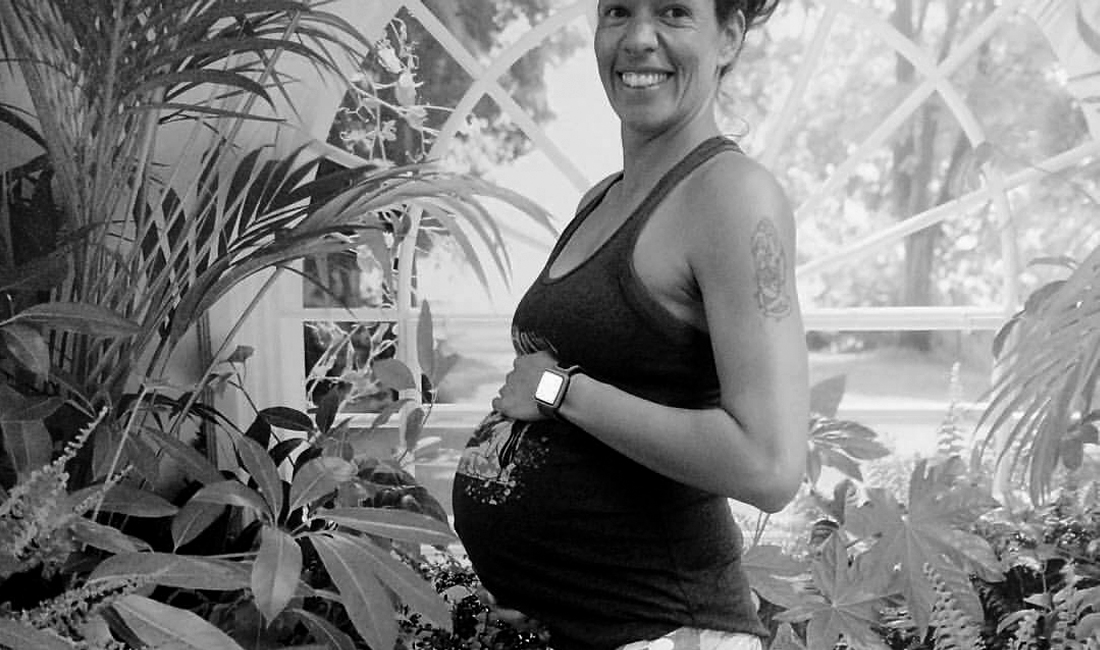 I ended up getting shingles with my last boy and ended up in hospital with him six weeks premature. No doctor could tell me what was wrong until a junior doctor walked in a week later and said I had shingles. Up until then the doctor thought I was making up my symptoms.

But I was probably at my worst with my latest pregnancy. I put so much pressure on myself to be normal and prove to everyone, and myself, that I was capable of living normal. But I never felt happiness or joy. And I would get upset seeing people enjoying time with their families or going on trips. I wanted that happiness so desperately.

Once I had baby I told my midwife about my depression. She said she had wondered and felt bad when I told her. She referred me to a special mental health department for mums and I had a visit from one of the consultants. I told her I was already on the road to healing myself and had shown her how I was doing it.

My road to healing myself

The first thing I did was set up a blog Soulwaternz where I started to share my journey. I also set up a private group called Step Outside Your Comfort Zone – 100 Day Challenge. I did this because I had removed myself so much from society that I needed to pluck up the courage to get back into it again. Simply picking up the phone and ringing a client was hard!

From there I made sure to start putting myself first . . . some sort of self care. It was important for me to exercise and eat right. I knew that because I had experienced how much better I felt when I did.

I surfed . . . a lot and paddled. The connection with the water is so healing and it was my point of connection with myself. When I’m on a wave it is the one point in my life where I didn’t have any other thoughts going on.

I went to see Oprah Winfrey in Auckland and there was this moment where she said, “You add value to this world. The world needs you!” And that was it. I got goosebumps and thought, ‘Yes. I am experiencing this for a reason and I need to share my journey.’ So I set about slowly leaking bits of information out there about my depression.

But then a wake up call

Then I tore my achilles and that was it. It was the wake up call to say, ‘Girl . . . you are still not listening or paying attention!’

It gave me the space to look inward. A place where I didn’t dear go previously because I thought it was only black. But what I found was me . . . who I always had been but had lost my connection to. My true self that I had denied for so many years. My truth, my strength. Some people call this consciousness but for me, as a Maori, it’s my life force.

I realised I had been searching for my life’s purpose in all the wrong places. It was me I was looking for all along – not anything else.

I found my purpose

From then on I have been on a mission to help other women reset and navigate from their own centre. Their truth encompassing their whole well being- hauora.

Once I managed to see it was me all along and a gift that I was given, to connect back in, I no longer had to ‘maintain’ my sanity or manage my depression. I no longer have depression because I no longer believe it’s an illness.

And I keep it simple

For me it’s simple . . . keep my focus by staying present and not getting caught up in other peoples drama. I am so at peace like you wouldn’t believe and I have had many things come up, especially in the last month, that would have sent me over the edge. But now I am able to see clearly, I’m no longer fighting life. I’m just accepting, acknowledging and then making decisions of how I choose to react.

I choose the water to heal and I often surf or paddle to connect in. But I am just as much a forest, bush, tree hugger kind of person too. I go to the elements that I need when I need them.

I believe all the signs and lessons are in nature. Our history.

As an after-thought, Hiria wanted to add this too:

Because I’m promoting that we need to own our experiences as it makes us who we are . . . I’ve had two abortions too. First one from a relationship that was very unhealthy. And the second soon after I had my son.

In the deep of my depression, it was a matter of life and death, for real . . . making sure I could be there for my kids and hubby. It was the hardest decision my husband and I have ever had to make and it’s been with us ever since. I still remember both of us crying at the table. That’s why I see my new girl as our little angel.

So in terms of living in hell, I’ve been there and it was made by me, in reflection out of guilt.